In their article on the motivation for stuttering therapy in secondary school students, the authors present the results of their survey-based research conducted in 2014 among 40 stuttering males (M) and 12 stuttering females (F) in three age groups: a) 15-17 years old, b) 18-19 years old, c) 20 years old and over. The 52 stutterers were asked 12 questions assessing, among others, their levels of motivation for starting their speech therapies: before starting secondary school, during secondary school, and towards the end of their time in secondary school. The scale of motivation levels was set as: very high, high, medium, low, and none. In one of the questions, the stutterers were asked to name their reasons for deciding on starting a speech therapy in the aforementioned periods, and among those reasons suggestions from their mother, father, grandparents, teachers, the influence of the Internet, or the lack of them, could be found, to name a few. The surveyed group was also asked to rate those reasons from the most important (1) to the least important (6, 7, 8, 0). The stutterers also provided their own/personal reasons for starting a stuttering therapy in the aforementioned period of time and scale, and those pertained to lack of progress in earlier attempts at therapy and very low self-esteem connected to communication difficulties. The survey also provided answers to questions about the factors that influenced their final decision to choose the right method of therapy. The graphs in the article and their analysis will allow the readers to familiarise themselves with the wide spectrum of motivation and its lack to start a therapy aimed at correcting speech communication disorders in the form of stuttering in secondary school students. Towards the end of the article some research conclusions are described, pointing to the fact that the main influence on deciding to start a speech therapy is the mother, and towards the end of school – the Internet, while the lack of decision is most often influenced by little interest in the problem on the family's part and failed past attempts at therapy.
Pobierz 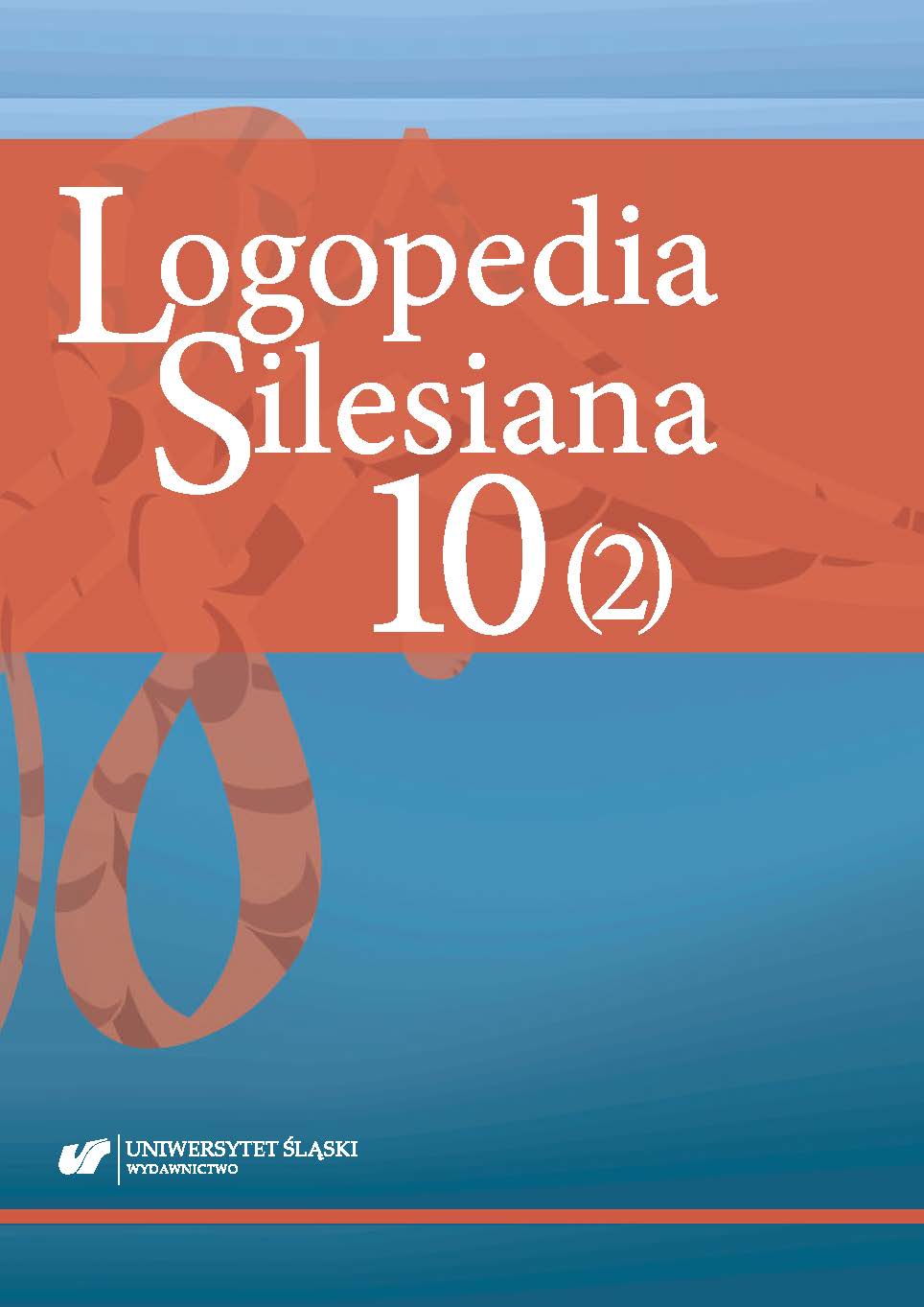