Vol 3 No 2 (2017): Theory and Practice of Second Language Acquisition 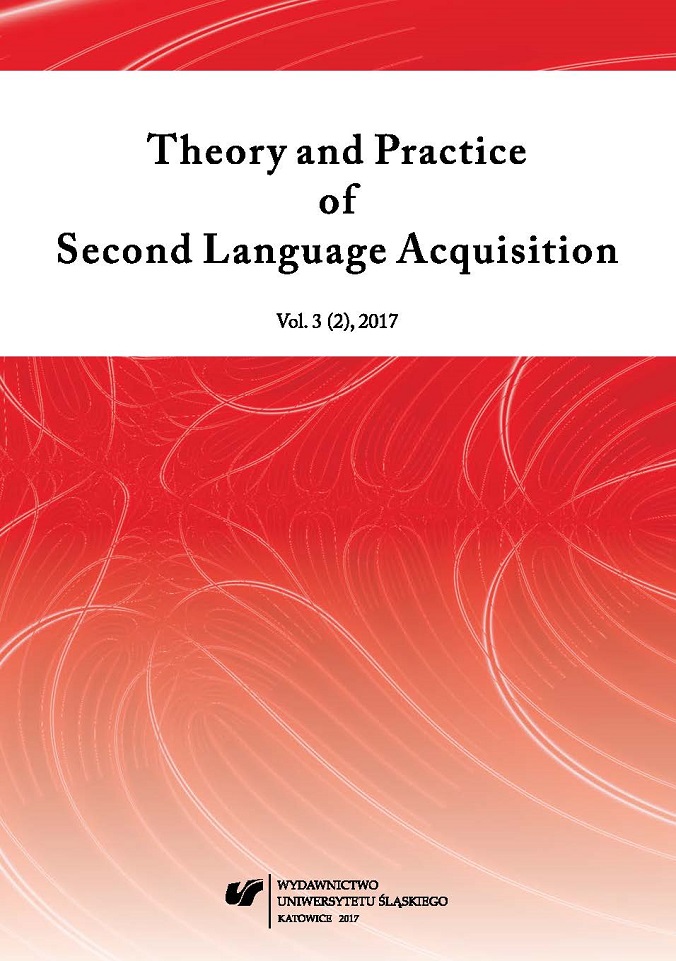 The present issue opens with an article by Ewa Piechurska-Kuciel “The Role of Social Support Systems in Adolescent Foreign Language Learning”, the main focus of which is on the role family, teachers and peers play in the academic success of adolescent FL learners. Research on social support, though not very extensive, unanimously demonstrates that social support influences learners’ resilience to the stress generated by FL learning situations. It contributes to the adolescent’s development of self-esteem, autonomy and building social competence among many other effects. The article overviews theoretical assumptions and selected studies on social support. Also Anna Bąk-Średnicka, in her text “Preservice teachers’ attitudes related to family involvement in light of their school placement experience”, focuses on social support issues in relation to partnership between teachers and parents. The author reports on an empirical study conducted among pre-service EFL teachers on the effects of their collaboration with parents of their learners and its visible effectiveness and impact on their learners’ success. The author stresses that despite the ministerial guidance for teacher training programmes, hardly any time is devoted to developing trainees’ awareness of this issue, thus more emphasis should be put on it in teacher training curricula. The main concern of the article by Małgorzata Szupica-Pyrzanowska and Katarzyna Malesa, entitled “Are they part of the equation? – foreign language teachers versus language attrition. A diagnostic study”, touches upon the problem of language competence deterioration in the case of foreign language teachers. The pilot study carried out in a group of M.A. students working as primary school EFL teachers revealed the plethora of factors contributing to the stagnation and even regression in their language competences. The authors, aware of the pilot nature of their study, suggest ways of researching the issue more thoroughly. The next article by Ewa Cieślicka and Arkadiusz Rojczyk, “Self-reported vs. self-rated pronunciation in a non-native language”, also focuses on non-native FL competence and more precisely on a non-native accent. In their empirical study, the authors observed that there were no visible differences between the way advanced students of English assessed their accent in English in general and, later on, how they rated it on the basis of their own recorded performance. The authors conclude that one’s self-image as expressed by the subjects of the study is a fairly stable characteristic. Konrad Szcześniak, in his article “Benefits of L1-L3 Similarities. The Case of the Dative Case”, discusses the influence of structural similarities between the Polish (L1) of a speaker and Portuguese (his/her L3). The author observes that the students are aware of similarities between L1 Polish and L3 Portuguese dative constructions and indeed positive transfer does occur in their performance. At the same time, it is not as frequent and widespread as might have been expected due to existing similarities in the dative case constructions of these two languages. The author discusses the reasons of this phenomenon.

Are they part of the equation? – foreign language teachers versus language attrition A diagnostic study

Self-reported vs. self-rated pronunciation in a non-native language

Benefits of L1-L3 Similarities. The Case of the Dative Case 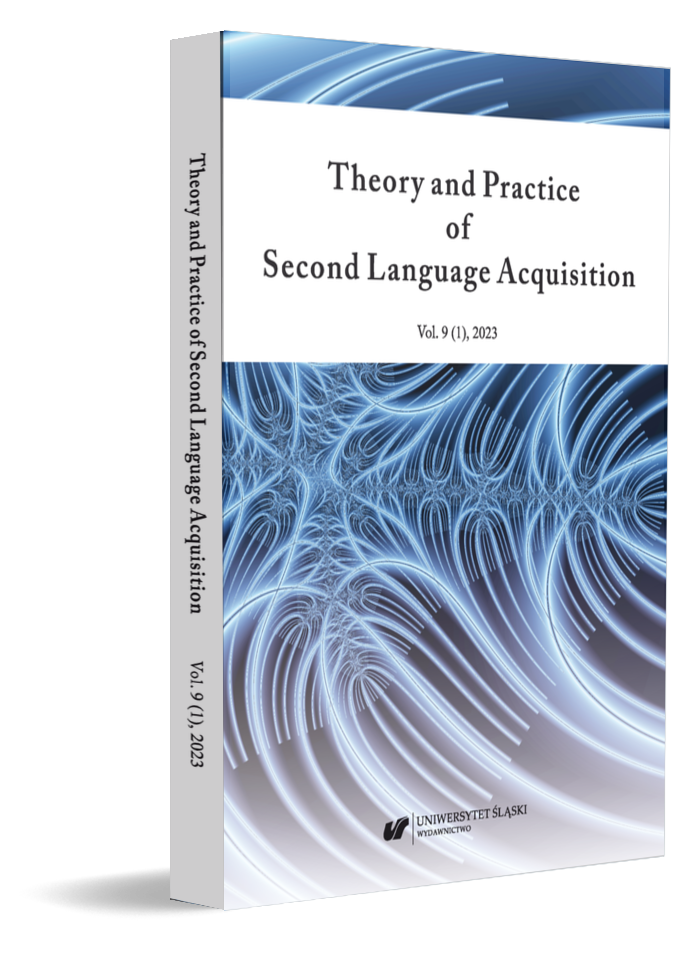