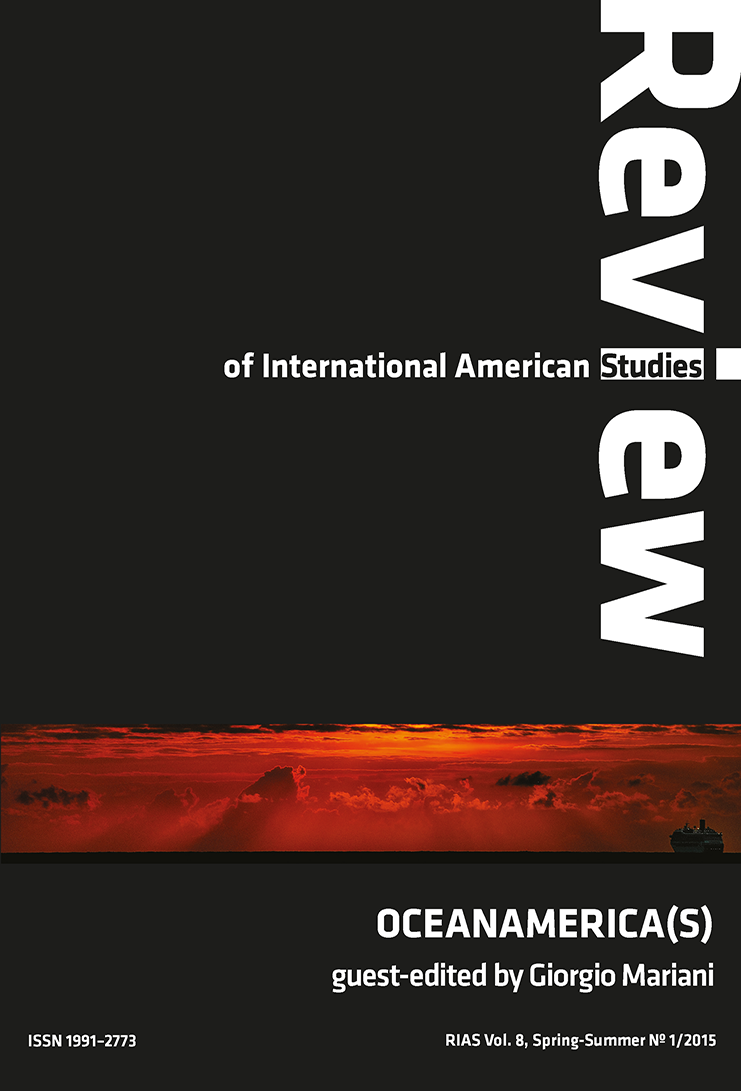 The theme of the IASA 6th World Congress, ‘Oceans Apart: In Search of New Wor(l)ds’ was a fitting context in which to ask the question how did the Americas become America? And, inversely, how can America be turned inside out to reveal the Americas to which it is ineradicably, albeit perhaps urreptitiously—yet certainly historically—linked, and what might that mean for our understanding of American Studies as a field? How does the ocean itself, and its boundaryless significance, figure in whatever understanding of America and/or the Americas comes to the fore. The essays included in this issue of the Review of International American Studies each consider this question in very different ways, from the exploration of the role of the ocean in American literature, to that of the power of the ocean’s imaginary reality itself to shape our understanding of that literature. Ever present within these questions is that of the long history of empire embedded in the idea of America and all things American, what exactly that history is to mean, and how it is to be understood, especially when contextualized by the cultural significance of the ocean. With the ocean in mind, in keeping with the Congress theme, the meaning of America seems to radically shift, as the reality of the Americas becomes more evident. As this stable meaning is troubled, as traditional boundaries begin to reform in new configurations, the possibility for new discoveries about the meaning of America comes into greater prominence... (Read more in Cyraina Johnson-Roullier's Ed/Note inside)

Innocence to Experience (and Back Again?): Uncertain Passages through the Intercontinental Looking-Glass

‘The World of Made Is Not the World of Born’: America and the Edge of the Continent

Traces in the Ocean. On Melville, Wolanowski, and Willing Suspension of Disbelief