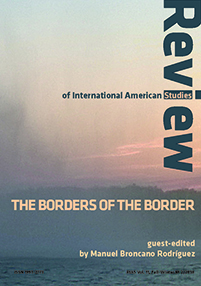 Whoever said that the more thresholds we draw, the more marginal spaces we create, was certainly right. The indefinite character of liminality seems to infallibly invite radical solutions: the margin is the locus of the aporia: a non-encounter with a non-language in a non-space. It is there that the Spanish conquistadors located the native peoples of the Americas, construing them as “out of place” in the place in which they had dwelled since the times immemorial; it is there that the thinkers of the Age of Reason would relegate phenomena defying rationalist argumentation or empirical proof, yet undeniably felt as present; it is finally there that individuals driven by empathy end  up today amidst the ruthless political tug-of-war between 21st century nationalisms and progressive advocacy of freedom and equality. The mirage of greatness, poisoning the minds of many, calls into existence discourses of degradation and deprivation; the self-proclaimed “righteous” need a scapegoat to purge their own sins; the necessary condition of “being great” is the legitimization of the fallacy of someone else’s insignificance. with alt-facts ousting hard facts from the public space, with Orwellian media shamelessly creating realities based on the binarity of familiarity and enmity, with all visible attempts to silence the academic humanities, arts and letters by means of massive cuts in funding, the marginalization of those who find the “he who is not with us is against us” philosophy abhorrent gains significant momentum. (Read more in Paweł Jędrzejko's Ed/Note)

Notes on the Illegal Condition in the State of Extraction. How Not To Be an Informant

Children and Youth: Disadvantaged and Disenfranchised by the Current U.S. Immigration Regime

The Canvas and the Maze: Deconstructing Wall and Frontier in Contemporary American Science Fiction

"We are sliding into uncharted territory, and we are alone in this.” A New Look At Political Disorientation

“The thin delights of moonshine and romance”: Romance, Tourism, and Realism in Hawthorne’s The Marble Faun