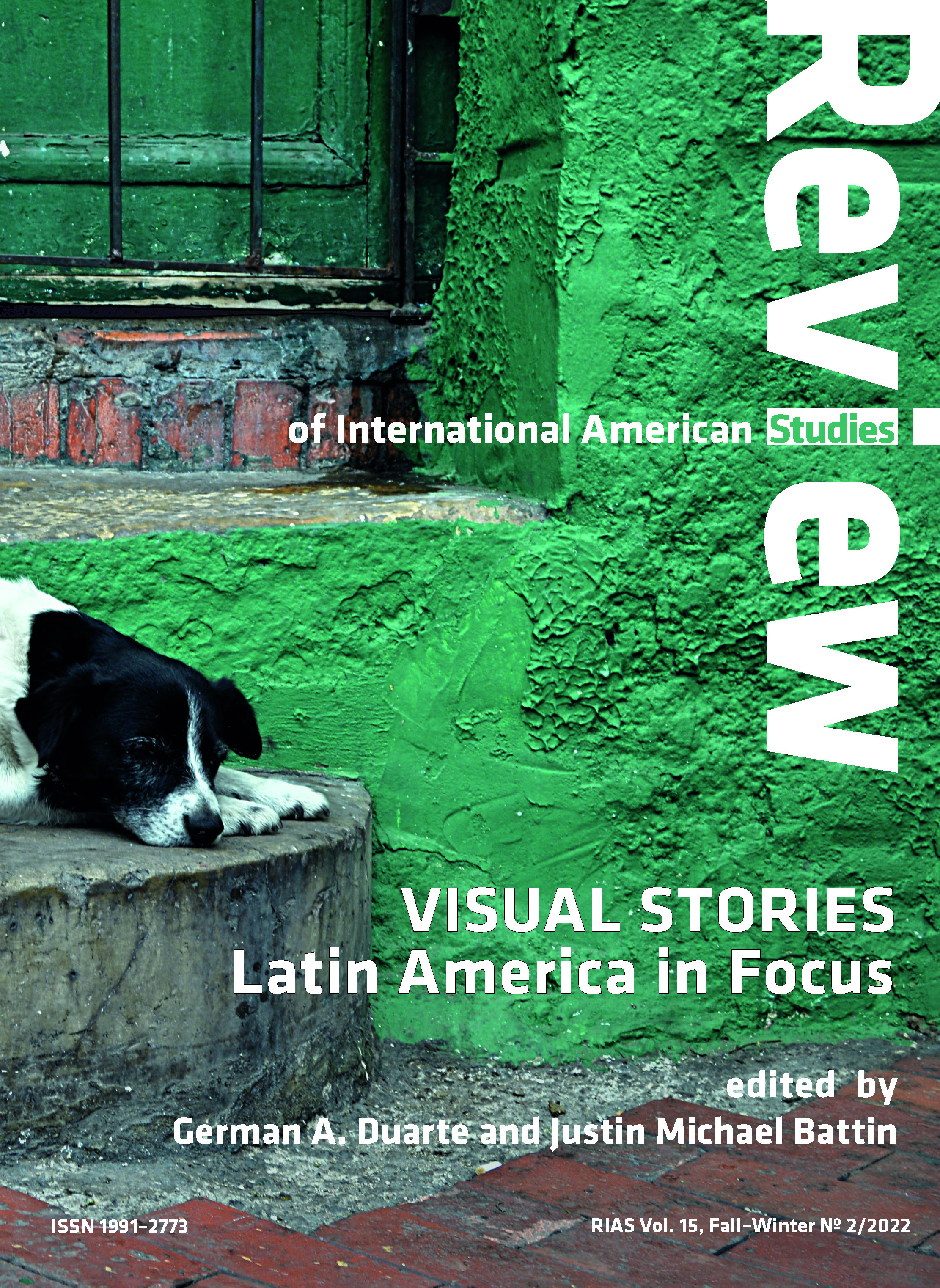 A key distinction of Review of International American Studies is its commitment to the notion that the Americas are a hemispheric and transoceanic communicating vessel. This angle provides a unique path to de-center the American Studies discipline, which has become tantamount to studies of the United States. This angle also expands the discipline beyond its traditional literary roots, inviting critical investigations into other forms of communicative media, such as cinema, television, and photography. Informed and inspired by this conceptualization of the discipline, this issue of RIAS is composed of several pieces specifically focused on Latin America, each of which employs a unique interpretive approach of visual media to, collectively and comprehensively, articulate how this multilayered cultural landscape manifests in our contemporary social imaginary.

The arbitrary delineation of the globe through the notion of ‘the western world’ has, seemingly, transformed the Latin American continent a no man’s land. In its vast extension, this part of the planet seems condemned to exist between two worlds. Despite being part of the western hemisphere, and despite its deep Catholic tradition, this vast region is surprisingly excluded as a member of ‘the west.’ Yet, it was neither placed in ‘the east,’ nor on the other side of the wall, when the world was politically, culturally, and economically divided by the Iron Curtain. This land’s perpetual homelessness might be due to its consistent political instability, to the weakness of some of its democracies, or even its colonial past, one that bears no relation to the Commonwealth of Britain, a belonging that placed Australia in the topos of the West. These reasons, in addition to others, have fostered an understanding of Latin America as being generally alien to the ‘western world.’

Being a no man’s land, deprived of a hemisphere, and broadly unintelligible by the general imaginary of the western cultural industry, this continent, populated by almost 700-million people, was traditionally subjected to stereotypes formulated during the twentieth century, and that remained unchangeable in this new millennium. Latin America has become, for the global imaginary, a place of military juntas, a vast lowland displaying desertic features, a tropical yet savage jungle, a poverty-stricken favela, and a land fought over by romantic revolutionarios.

Certainly, the question remains if the obsolete model ‘western world,’ the also obsolete ‘third world,’ or ‘periphery,’ and even the in vogue ‘global south’ would be able to embrace and reproduce a closer image of this heterogenous and vast continent, and by extension if this generalization is able to denote a set of multiple series of social diversities. We doubt it. This doubt encouraged us to gather diverse scholars from diverse academic disciplines to contribute to this issue of Review of International American Studies. And this doubt, which was at a first glance only intuitive, brough us to avoid the topic of identity and representation as the main theme for this journal’s issue. Our initial plan was to structure the series of contributions on some problematics relating to the photographic medium, a medium that is widely regarded as exerting an objective representation of reality, yet also places the pictorial representation on an undetermined semiotic field. The choice of photography was also a choice of intuition that we quickly abandoned since, in our twenty-first century mediascape, photography represents only one element of a fast and global visual stream that shapes and refashions the collective imaginary of the Latin American continent. Thus, we expanded our scope to include other media such as films, paintings, and any visual-oriented human expression that could provide insights on the complex and chaotic mechanism that formulates and constructs the imaginary on the turbulent entity that we call society. (Read more in German A. Duarte and Justin Michael Battin's "Intro")

Snapshots: On the Value of Photo/Sensitivity

The Narratives of Topos: Eva Leitolf’s Deutsche Bilder – eine Spurensuche (1992–2008) and Postcards from Europe (since 2006)

Explorations on the Event of Photography: Dasein, Dwelling, and Skillful Coping in a Cuban Context

Of Cannibals and Witches: Monstrosity and Capitalism at the Onset of Colonial Visual Culture

Remembering Violence in Matar a Jesús (2017)

Images to Remember: Nostalgia and Hegemonic Identities in Italia 90: The Movie

To Staunchly “Remain a Reader” and build up a World Comradeship: Reflecting with Rabih Alameddine on World Literature

From Knight Errant to Exploring Pioneer: The Influence of Medieval Romances on the Depiction of Human and Non-Human Others in John Filson’s “The Adventures of Col. Daniel Boon”

Original Pronunciation and the United States: The Case of A Midsummer Night’s Dream by Paul Meier (2010, 2012)